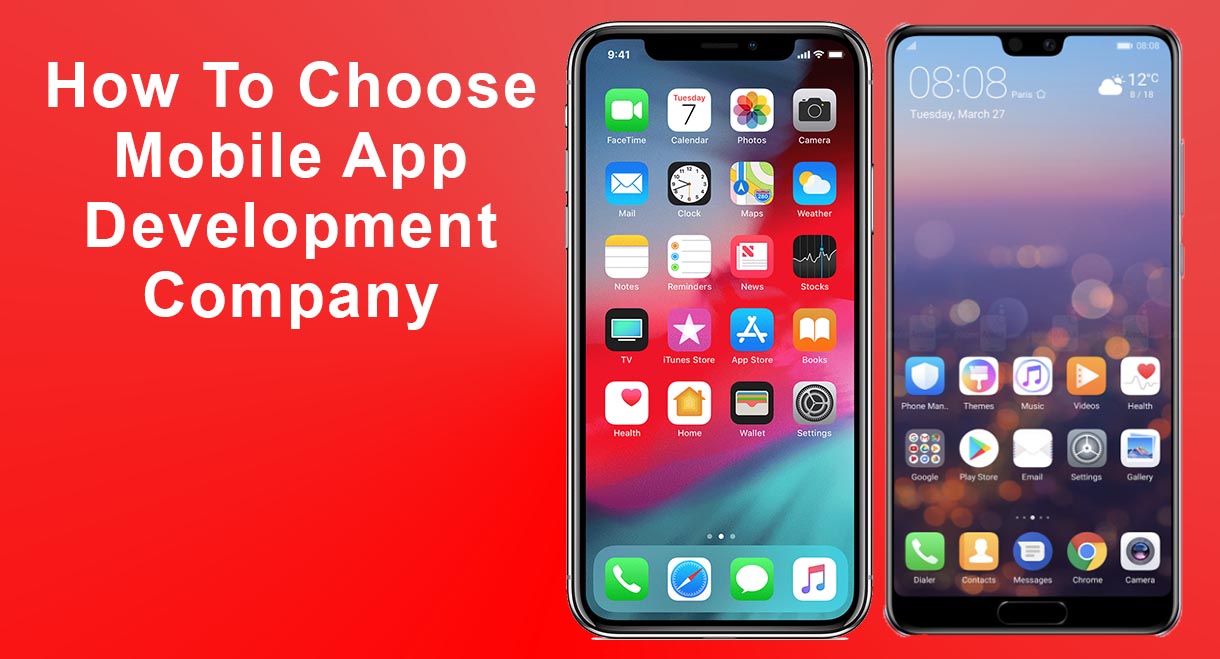 Pay close attention to the details to find your best mobile application company near you.

The top qualities any professional mobile app development company must have:

They understand your idea

Every mobile app developer suitable for you must know what you are expecting from the app. If they don’t even understand your concept and vision behind creating the app, how do you expect them to make one for you?

So, you have to ensure that the mobile app developers are on the same page with you. That’s possible only with a transparent discussion with the developers.

They are open for negotiations

So, always try a step for negotiation with the developer’s team. Know if they really can negotiate with you on the prices and services they offer.

They are ready to make changes in the process

A professional mobile app development company does not cringe over changes. The developers there will love changes if these are going to make the entire UI and UX of the app better.

So, you should check and talk to the developer’s team to know how they are tackling the changes you demand on the spot.

There must be any circumstances where you are not sure if the app is apt for not. That’s completely fine. In that case, the developers who have been developing a mobile app for years would know whether the current version requires any change or not.

They know the entire process of mobile app development

The best mobile app development company knows how to develop the desired app from one end to another. They don’t let you be in a fix to understand the entire process. In fact, they will help you with any confusion you have in your mind.

They explain to you the entire process of the mobile app development from their end. This way, you know how the app you demanded in getting made and how it would take for it to go live.

They already have well established mobile apps in the market

Trust the app developers who already have a record of creating, designing, and developing a mobile app. If there are no records, trusting such mobile application developers is then pretty difficult. That’s pretty much obvious.

In short, if they lack experience or do not have any sample or record as proof of their expertise, it means that they are not professionals.

You can then look forward to other developers in the market who would readily show the samples of the mobile apps that are already running in the app stores or Google store.

More importantly, choose that mobile app development company that has been making the type of apps you need. This way, you get a cutting-edge advantage. Do you know how? That’s simple, guys.

Once you get the developer who already has made a mobile app in your niche, their team would know the nitty-gritty of the entire process related to the development and marketing of the same app.

Then, it would be any sort of hassle when you would be meeting with such a team. They will already have some idea about the vision of your app. They will also make sure that each app they make under your request is unique and not copied.

Merely creating or designing a mobile app is not enough. The developers must know how to get it live on app stores. For example, the App Store and Google Store. However, now more app stores are getting developed in the market with the increase of operating systems like PatchWall.

So, your chosen developers must know the different and easy ways to publish the app online. This way, your time is fully optimised. You will reach your target customers on time; before your competitors.

There is no point in trusting that developer who doesn’t appreciate your time. Time is a costly currency. And it should be appreciated by those professional developers who ensure that they will make the perfect mobile application for you at the agreement's predefined rates.

With the timely delivery of mobile apps, you can never lose the winning or new opportunities that are budding in the market.

So, whenever in doubt, always ask the seasoned developers in your shortlist about the ETA or estimated time of arrival of the mobile app on stores near you. This way, you would know the exact time it would take for a single developer or their team to create and publish an app for you on demand.

They must keep you in the loop whenever there are new offers, services, and plans. This is the best way to know what’s hot in the market and what’s not. Moreover, when you get regular updates from the mobile app company, even after the project is done, they are always available for the existing and old customers, despite increasing their clientele.

This is a feature and add-on found in only a few companies. It proves that the company genuinely wants to be in touch with its customers for a long time.

You might not know which app you need right now. Don’t worry or sweat over it. Ask seasoned developers. They always have the right answers. Do you know why? That’s entirely possible because they keep studying market trends.

They would always know what’s the best app in your industry right now. Supposedly, you are in the communication industry; they let you know which type of social media or chat app you can get made as per your target market.

These insights are always genuine and real coming from the experts of mobile development tasks in India.

Stages to develop your favorite mobile app must include:

It’s vital that you know the reason for making the app. Do you want the fame or the profitability of the mobile you want to develop? What type of services/products do you want the users or downloaders to get or buy from your app? Are you going to offer anything for free? What will be your revenue model using this mobile app? What is your current budget for this app? These are just a very few common and most important questions you must answer and then proceed with the developer’s team.

Search for the developers and talk to them

Refer to the pointers mentioned earlier in this blog to select your favourite mobile app developers in town. They will help you clarify the pending doubts that are not letting your form a better idea of this mobile app.

Get the negotiation and agreement ready

The next step is not simple, but it is equally fruitful. You would have to negotiate the budget and the terms of agreement with the chosen developers. These developers might be in-house or freelancers or any external agency that helps you complete your existing dream project.

This step consists of the designs of the app to be made. This step is taken over by the developers completely. They ensure that the design of the initial prototype matches your original idea of the same.

Check and confirm the prototype

It’s your duty and responsibility to go through the initial drafts of the app you have demanded from the developers. If there's any feature you don’t like or something that doesn’t fit as per your general idea of the app, get it removed or edited.

These changes are done before the testing of the app goes live.

Testing of the application

This is a crucial phase carried by the seasoned mobile app development company. It’s the ultimate job of the developer to test the app after its design is confirmed from the client’s end.

The testing ensures that the mobile app is not plagiarised. It is unique, runs equally well on every modern operating system and device. Ensures that there is no bug left in the app. Also, it makes sure that the users see the app as the developers have made it like.

Launch of the mobile app

Once the testing is done, mobile application developers work tremendously well to launch the same. This launch is done on various app stores and operating systems. You can then inform the launch of the app on different social media channels to viral the news.

Selecting the mobile app development company is pretty easy when you know what type of app you want to be made. The seasoned developers are dedicated to their commitment, and they leave no stone unturned. This is how even our team of expert developers have created their space in the app development market. If you're looking for the best team near you, contact us today and get only the best services from our developers from end to another.

Your choice of weapon

Build your Apps for any Platform

We to code. It's our passion

While we are good with SOS signals,
you can also reach us at our given
email address or phone number.
Ask for a FREE Consultation